These past two summers as a Doris Duke Conservation Scholar have encouraged me to examine the various ways that communities in Michigan interact with the environment. In the midst of this examination, I learned about some of the most pressing environmental concerns of our age, I traveled to Flint, Michigan – the site of one of the nation’s clearest examples of environmental injustice – and I witnessed firsthand what community-based grassroots activism looks like in Detroit. All of these experiences, though, would have been difficult to grasp if I did not have the knowledge that interning at the Sierra Club endowed me with. This internship allowed me to shadow some of Detroit’s most inspiring environmental champions; it allowed me to be front and center at various Detroit City Council Green Task Force Meetings to learn about the city’s green infrastructure plans; lastly, it allowed me to engage with community leaders who are simultaneously committed to making Detroit one of the greenest cities in America and committed to ensuring that they continue to protect the Great Lakes.

Every moment this summer was a learning opportunity. It was in these moments that I learned most about the ultimate goal of the Sierra Club Great Lakes, Great Communities program: to restore and protect the Great Lakes, one of the nation’s most precious treasures. Every program sponsored and every meeting attended worked towards this end. One of the ways that the Club has organized to include more Detroit residents in the fight to restore and protect the Great Lakes is through the ‘Rain Garden’s to the Rescue’ program. This program – a joint collaboration between Sierra Club, Friends of the Rouge, and Keep Growing Detroit – awards rain gardens to applicants who express interest and who are also community leaders. Rain gardens allow rainwater runoff from impervious areas like roofs, driveways, and parking lots to be absorbed. In so doing, rain gardens play a vital role in assuaging sewage stress wrought on by stormwater during intense storms. By growing native plants and landscaping with rain gardens, residents are able to protect the Great Lakes from stormwater pollution. Sierra Club allowed me to be present for a significant portion of the Rain Garden’s to the Rescue program, which included actively participating in rain garden workshops where recipients learned how to construct and design their rain gardens.  One of the workshops involved the assembly and distribution of rain barrels as well. 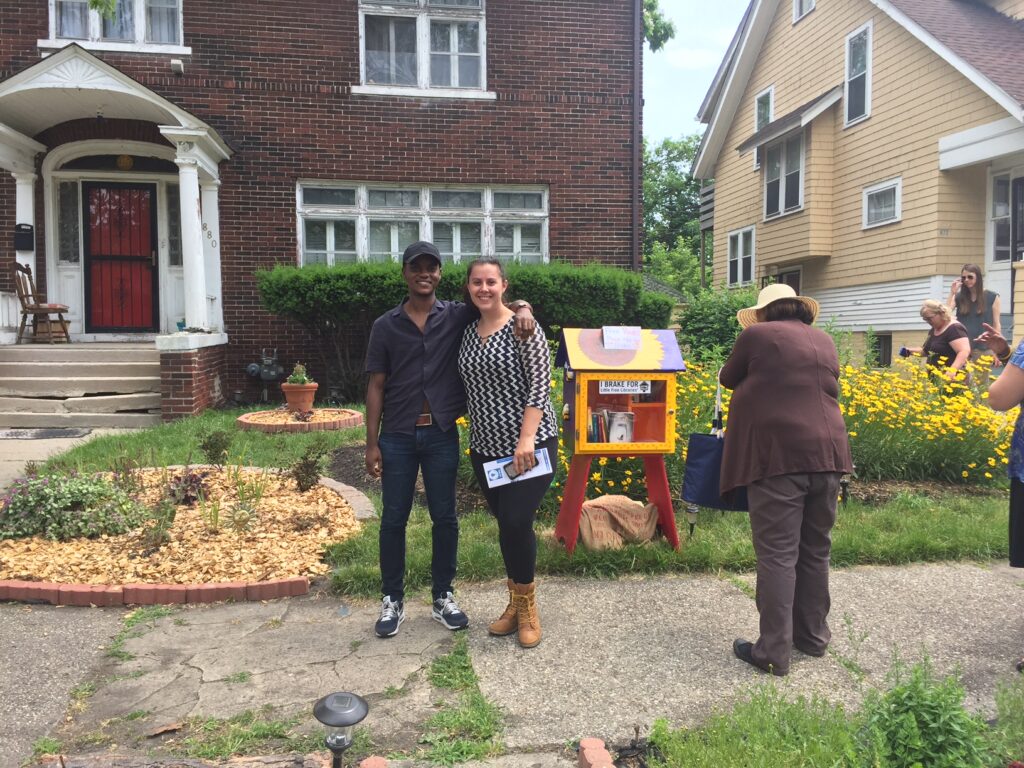 This summer I have been equipped with the skills that are needed to facilitate Great Lakes activism. My internship with the Sierra club has allowed me to put into practice all that I learned from the various DDCSP seminars, professional developments; effectively allowing me to interact with communities in a way that constantly positions me as a learner. Because of this internship I have been able to further clarify the role that I can play in helping to assuage environmental degradation and how I can better involve my own community in the process. In the meantime, I hope to continue to learn about the unique role that activism and community-based leadership can play in building a just transition towards an environmental movement that is both accessible to all and that addresses the concerns of disadvantaged communities. I hope to continue to use my passion for environmental justice to develop sustainable policy-level solutions; in this capacity, I aim to mitigate the adverse affects of stratified economic, social, and political policies on those most susceptible to environmental harm.